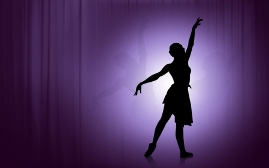 Usually somewhere along the way in our journey of life, we come across someone who tells us that we’re not good at doing something. It could be writing, or singing, or dancing, or speaking. Anything. And, we believe them. The tragedy can come from not following our dreams because we always hear that one negative voice telling us that we’re no good. It doesn’t even matter how many other people we come across who will tell us yes we are good at doing something, we always remember that one negative voice. It’s time to move past the negative voice. Here’s how:

1. Do it anyway — do you love singing? Then sing. How about writing? If you love it, do it. That’s the only reason. It brings you joy, do it. Life is too short to not do the things we love because some misguided person told us not to do it.

If we all listened to these negative people then some of the greatest life stories would never happened. Take this for example:

"Many years ago a young man mustered enough courage to ask a young woman to dance. After he danced with her for a few minutes, the woman told him he was a lousy dancer. She complained that he danced like a truck driver. To be sure, this bad experience would be enough for most people to quit dancing for good. Watching television or sitting around being bored would be more appealing than dancing again. Yet this man developed a passion for dancing and continued to dance for many decades. In fact this man became known as one of the great dancers of modern times. By the early nineties, when he died, he had 500 dance schools named after him. At one time, he had been on television for eleven years straight, showing people from all walks of life - including truck drivers - how to dance."
(excerpt from The Joy of Not Working: A Book for the Retired, Unemployed and Overworked- 21st Century Edition

Who was this man? None other than Arthur Murray. Luckily he didn't let that one woman's comment stop him from doing what he loved.

Or did you know that George Lucas spent four years sending the script for Star Wars around to the various studios and racking up numerous rejections in the process? If he'd let his negative inner voice get to him he would never have ended up having the highest grossing film of all time. Think of all the great Lucas movies we might never have seen if he'd let those rejections get to him.

2. Brainstorm and Break Apart — Think of all the steps you'll need to do to accomplish the one thing you really want to do above all else. Break the ultimate end goal into smaller tasks and then just start plugging away at them. It’s far easier to take one small step and to keep going than getting frustrated because you haven’t managed to fulfill the ultimate goal yet.

3. Take small steps — so you want to write the next great American novel but your English teacher told you that a three-year old could write better than you. Or maybe they told you not to waste your time doing something that you’ll never be able to make any money at. To get past this, take small steps. Instead of getting frustrated because you can’t write your novel, write a short story instead. Write articles. Write, write, and write some more. Each time you write you will be gaining confidence in your ability. You’ll soon be able to see that you are able to write because you have actual examples. Each step you take will also bring you into contact with new opportunities and new ideas and one step closer to your ultimate dream. Just keep doing whatever it is that you love doing. You'll also find that you're happiest when you're doing whatever it is that you love doing. This will also encourage to keep going.

— Think back on how far you’ve already come. You’ve taken great strides already. Think how great it felt when you were able to accomplish some of those small steps.

6. Focus on something else —whenever you hear that voice, tell it to “shut up” or think of putting up a Do Not Disturb sign for your inner critic and then think of something positive in your life. Think about a loved one, your dog, a funny joke, anything to get yourself back in a positive mind set. Also, instead of that inner critic create for yourself an Inner Supporter.

9. Greatest Critic Becomes Greatest Supporter — remember when you finally do succeed that most negative person who said you could never do it, will probably be the loudest person to say, “I knew they could it”. It’s human nature. And if you have no idea where your 4th grade English teacher is now, just think what great revenge it is when you know they’re going to read your novel and just say, “Wow!" Maybe you could even send them a copy.

10. Have Faith — it’s your life not someone else’s. So, LIVE IT! You can never make someone else happy by living the way they want you to live. You’ll only end up making yourself miserable and that person will never be satisfied. You have to listen to your heart and do what is best for you.