Does The Gratitude Exercise Work?

Be careful of focusing too much on the "magic" 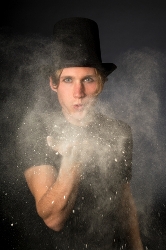 I've been receiving emails from people wanting to know if I think the Gratitude Exercise works.

Usually, they'll also include links to YouTube videos or articles on how easy it is to get anything you want simply from feeling grateful.

The most recent ones I’ve seen tell you that if you express gratitude for at least 10 things every morning then whatever you’ve written on your “Outcomes to be Attracted” list is supposed to come true within 30 days.

My guess is that the abundance of this version of the gratitude exercise springing up everywhere is based on the movie, “The Secret”. That movie is very much into showing people that if they think positive thoughts good things will come to them.

I definitely am a big believer in thinking positive thoughts and that it can have a dramatic effect on your life. I don't think it's as straightforward though as wishing for something and then that thing coming true. I also don't think you can "bargain" your way into having dreams come true like this.

When you use the gratitude exercise, there are a couple of things you need to be aware of or you may end up feeling very frustrated and disappointed afterwards:

You Need To Take Action

Feeling grateful for things first in the morning would put you in a positive mindset and would get you feeling hopeful and positive about the future. You would see the good things in the world, not the bad. It would also give you hope that the things you want will come to pass. It also causes the effect of making yourself feel better about yourself and the world around you.

That's a good thing. It's good to think positively about the world and to be happy for what you have and still hope for more. That's all good.

The problem I find with these videos is that they're combining feeling grateful with receiving granted wishes. There's nothing wrong with having a positive mindset and feeling grateful for the wonderful things in your life. What these videos do miss out on telling you is that you need to take some sort of action towards achieving your goals.

Whatever you put on your "Outcomes I'm Attracting" list, you have to take some kind of action towards getting it. In one video I watched, his outcome was to attract 3 personal sales. Guaranteed he's doing something to achieve that goal. Whether that's making YouTube videos to promote his web site or buying advertising somewhere, he's doing something that will help him achieve his goal of 3 sales. He's not just sitting in front of the tv waiting for that to happen. I don't think the videos make that very clear. You have to work towards your goal.

Sitting in a chair wishing for someone to ring your doorbell and just give you a million dollars is never going to happen. It doesn't matter how many items you feel grateful for.

It's You, Not The Magic That's Important

Coincidences do happen. You meet the exact person you need just when you need it, you read something in a magazine at the perfect time, etc. All those things happen and are wonderful. I totally believe in the right things happening at the right time.

I think those things happen when you know what you want and you’re open to seeing potential opportunities when they appear. You’re looking for the answer so your brain notices possible solutions.

The trap to watch out for is paying too much attention to the magical things that happen and losing focus from your original goal. You start to believe the whole trick of getting your dreams and goals to come true is by focusing on the magic instead of yourself. 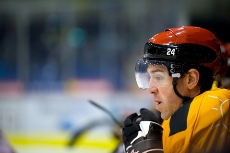 A good example to illustrate this would be a hockey player who thinks, “We can't win the game unless I'm wearing my lucky socks." They win lots of games and then the day comes that they finally do lose a game. He’s now wondering why his magic socks didn’t work. He doesn’t think about what went wrong, he’s focused on the socks.

He doesn’t think about how maybe it shows they need to work on their defence. Or, perhaps they were tired and it was just a bad game. He’s given away his personal power to believing that it was the socks that were the reason why they won previously. He's now wondering if he shouldn't have washed them before the game. Maybe he should have only put them on 20 minutes ahead of time instead of 1 hour like he did on the day they lost. He completely forgets about all the years of practice and honing his skills that have gone into making him a great hockey player. He doesn't believe in himself at all. He’s given it all away to his belief of magic socks.

He’d be far better off taking a step back, thinking about what his goal is ultimately, and thinking about how to work towards that again. Losing one game doesn't mean that his entire career is over because the socks don't seem to be working anymore.

Anyway, this is what can happen with using this gratitude exercise the way they show. You get too caught up in these magic processes and your focus is suddenly on the wrong thing. It's not on what you want, but on trying to make the magic happen.

This is why this gratitude exercise can end up feeling so frustrating. The magic won't happen if you're not concentrating on the right thing.

You might also become so worried about doing it wrong. If you don't get what you wish for, you think you just didn't feel grateful for enough things or you missed a day. It can even go beyond the fear of failing with achieving your dreams within 30 days, you now become afraid of attracting horrible things to yourself if you think the wrong thing. You start getting terribly stressed out if you catch yourself thinking anything negative at all. It's a draining and stressful way to live being afraid of your own thoughts.

You've totally given away your personal power by believing in the magic instead of yourself and what you're capable of achieving. Instead of being joyful when the coincidences happen and continuing on towards your goals, you think it's due to something else besides yourself. You may end up feeling like it’s “luck” that you achieved something and not all your hard work. Luck that can easily be taken away if you don't do it right.

If we go back to the example of the hockey player, if he was to use the gratitude exercise as shown in the video, he would write down 10 things he was grateful for and also write down what he'd like to attract in his life. Then, he'd go off to the local coffee shop and think that's all he has to do to start winning hockey games again.

Here's a much more effective way to use the gratitude exercise. Our hockey player writes down ten things that he's grateful for. Maybe he includes how great the fans were during the game even though they lost, how well the new equipment worked, how good the coach was in providing valuable info, etc. Then, he writes down what he'd like to attract into his life. Perhaps, winning the championship competition in 2 months time.

Now, instead of not doing anything else, he looks at what he wants to accomplish and asks himself, "How can I achieve this?" Now, his mind is working on how he can actually take steps towards creating this goal in his life. So, he might think, "Well, we need to practice our defensive moves. We can make those stronger." Or, "I was getting tired halfway through the game, I could work on my conditioning and eating healthier."

By asking how he can achieve his goal, he's also going to be looking for anything that might help. He'll notice when someone says they have a video tape of the game they might want to watch showing where their defense is weak. Or when someone suggests a great new exercise program they've started, he'll pay attention to whether that might be the solution to improving his conditioning.

He's not just sitting around waiting for his goal to come true, he's taking action towards it. He knows he has the power to make things happen in his life.

Watch Out For Bargaining

Something else that you need to be careful about when following the gratitude exercise as shown by these videos is that you don't get into a "bargaining" mindset. You don't want to start doing things only because you have the expectation that by doing it you'll get something in return.

Bargaining like that just doesn't work. At the end of 30 days, if you don't get your desired outcome, you're then probably going to feel angry and bitter at the things you decided to feel grateful for. Feeling grateful didn't get what you wanted.

Feeling Grateful Is A Valuable Exercise

Feeling grateful for things changes your mindset to be a more positive mindset. It feels good. It gives you a different perspective on things and it allows you to see how much you do have and how many beautiful and wonderful things in the world there are.

Feeling grateful and appreciative of the good things in your life is a great thing to do just for the sake of doing. You don't do it just so that you can get something in return.

It's far better for you to be really clear about what it is you want, then take a look at where you are currently, and then your mind will start working on what do you need to do to go from where you are now to where you want to be. Doing that will bring the things you want much faster than just positive thoughts all day long.

You have to do what you believe though. If you truly believe in what "The Secret" shows then try it out. If it works, fantastic. If it doesn't, then start looking for other ways to achieve what you want. Or do both. Wish for things like "The Secret" demonstrates but also do what I suggest and actually start working towards what you want. Then, you're bound to go in the right direction.

You can definitely achieve whatever you put your mind to. There's no doubt about that.

Remember this though, believe in yourself and the magic will come. Believe your power is in the magic and you'll lose yourself.

<-- Back to All Articles