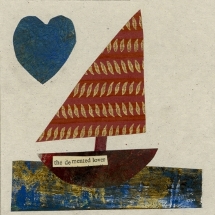 Spreading relationship myths Something I hadn’t really thought about until I “unthinkingly” wrote in an email to a friend that someone we knew was “better than her ex”. The ex had been a jerk to her and she deserved more than that. Therefore in my quick email, she was too good for the jerk she just broke up with anyway.

The response I got back from my quick email was amazing and truly eye opening for me. For it totally made me realize how we perpetuate relationship myths and misunderstandings simply because we haven’t taken the time to think something through. We feel it’s better to stick up for someone or something “just because” and not because it’s the right thing to do.

Here’s part of the email I received (he gave me his permission to share this with you),

He went on to explain his amazing theory on relationships:

Relationships Are Based Upon 3 Principles
Really what it comes down to are 3 principles: tolerance, acceptance and equality.

Tolerance
If people can tolerate other's weaknesses and focus on the person's strengths and see what the person can offer they can work together.

Equality
The best teams or relationships utilize each others' strengths. They recognize that one person is better at certain things and they accept that. They understand and tolerate each other's weaknesses and help each other through the difficult points. With this they become an equal partnership and have now become stronger because of this and advance towards reaching their goals.

I believe that this can be taken to a global level but unfortunately there's the daunting task to get the global village to buy into it. If they would then maybe they could see better that with the help of their strengths they could bring out the possibility that others have something to offer and humanity could progress better by working together.

Back to the Orinal Email
Back to the original relationship we were talking about, he may be a jerk for what he said to her but I'm sure there were probably some good things about him too or she wouldn't have stuck around for so long.

One of his weaknesses came out but there could be things that she did too that made him react that way. Some times it's okay to accept that the partnership doesn't work and move on. This doesn't make either of them lesser people, just not compatible.

I totally agree with my friend's assessment
He’s absolutely right. This is how relationships should be and by perpetuating relationship myths (she’s better than him) like I was, we forget the truth about relationships. It’s not a matter of one being better than the other. It’s about working together and appreciating each other. Something to think about not only in your own relationships but also when discussing other relationships.

So, the next time you’re tempted to instantly stick up for someone, ask yourself if you’re really spreading relationship myths. You may be surprised.

This is one of those little things you can do which will end up making a huge difference in the world. Relationship myths as my friend points out, need to be stopped and the real truths taken to the global level. Imagine what a different world we'd live in then. And, it all starts with you.

Back to top of "Relationship Myths"

Back to Relationships Main Page