The "Just Do" Technique 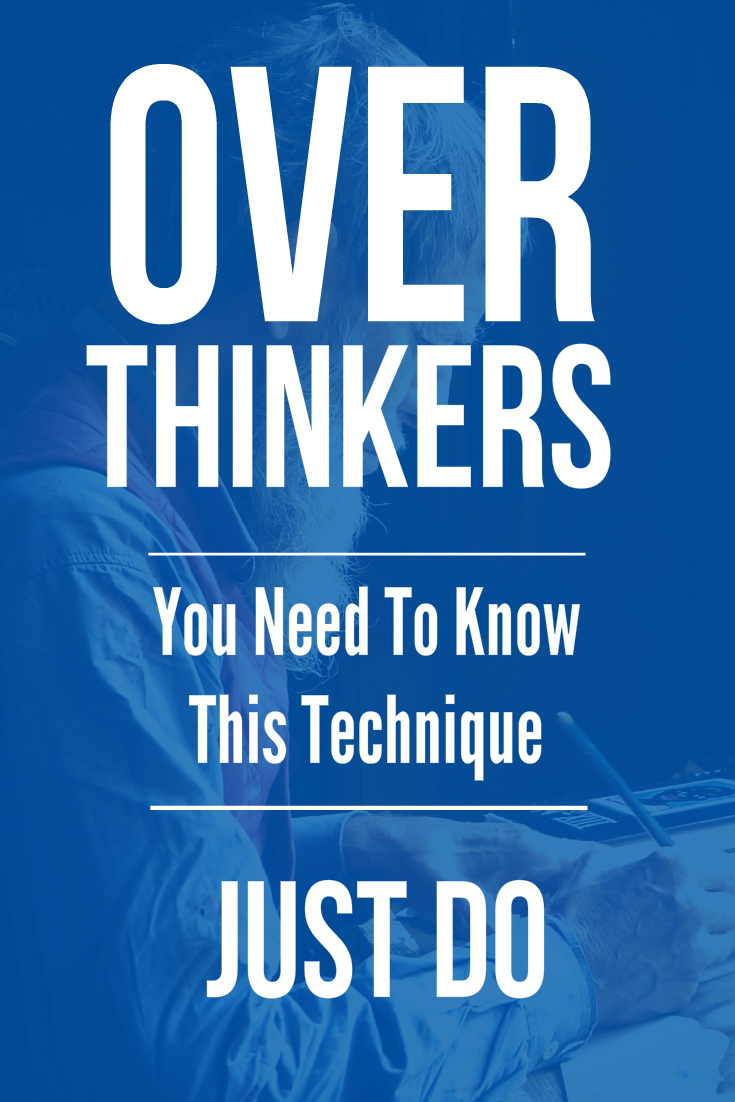 Are you an overthinker?

I know I am. I'll give you an example. I was invited to my niece's dance recital. Right after agreeing to go, my mind was then consumed with thoughts like:

And on and on it'll go until I feel completely stressed and overwhelmed about the thought of going. Suddenly something I initially wanted to do has become something I dread doing because I've made it terribly stressful in my own mind. Yes, some of these are over the top but when I start worrying about things, I worry about everything, and I mean everything.

I cause a lot of my own overwhelm simply because I overthink things. I want to think through every little detail and have a backup plan for every possible obstacle that might happen. But, by doing this, I'm making it so I end up never doing a lot of things because it ends up feeling like it's too much to deal with.

So, the answer to this is really simple. Ready for it? 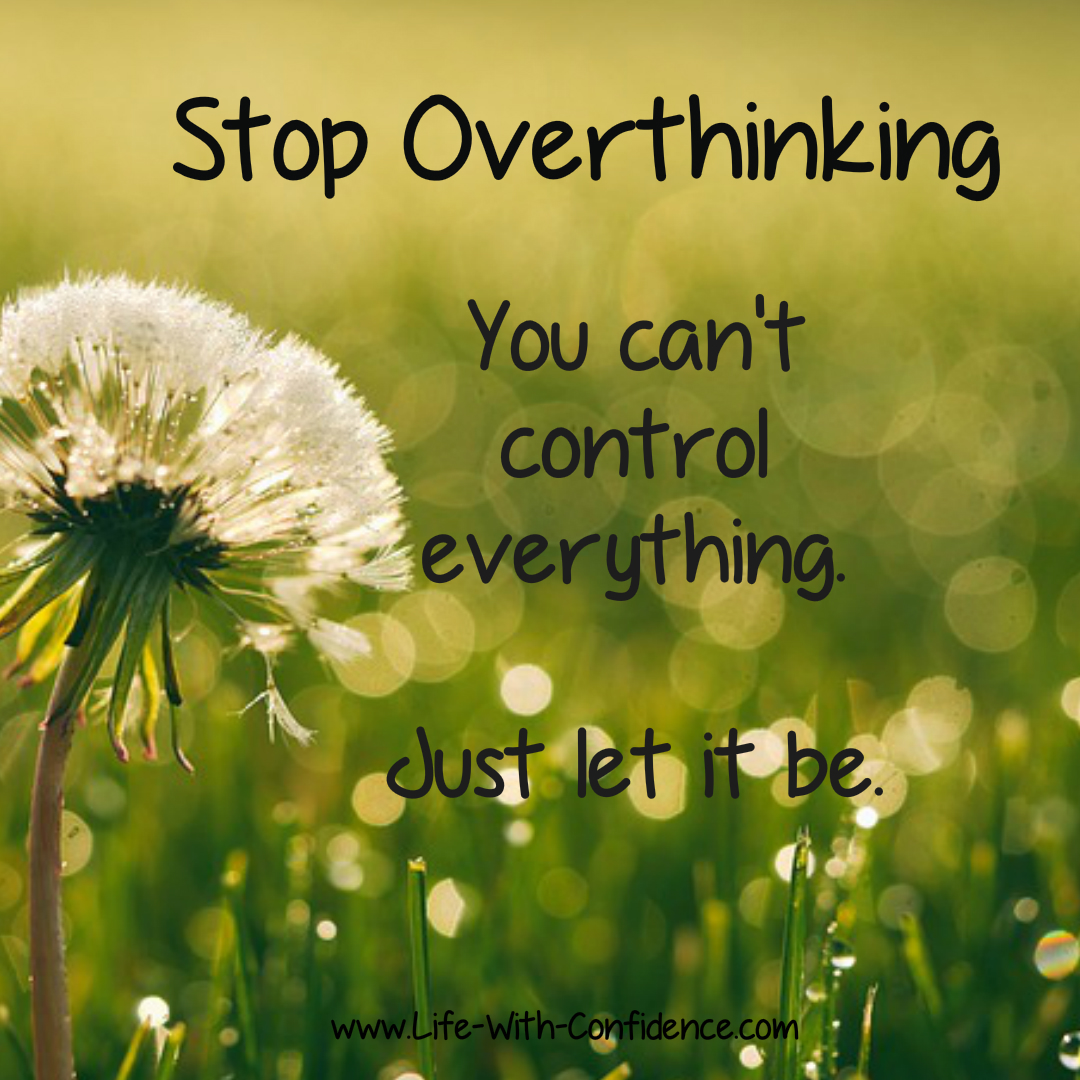 The solution is to "Just Do".

So, at this point, there's no second guessing yourself, no trying to figure out whether you should cancel or not, and there's no doubting yourself that you'll be able to handle it. You know when the time comes, you'll "Just Do".

And, guess what? It works great. The traffic turns out to be completely manageable, you find somewhere to park, you found something to wear, and you did it all without overwhelming yourself and causing yourself a lot of grief to yourself by overthinking it.

Yes, you're still going to need to make certain decisions along the way but you'll tackle them one at a time instead of all at once beforehand.

Have faith in yourself that you'll be able to tackle each part as it comes. You don't have to have every single detail planned out beforehand.

For example, if you're worried about not finding the place, on the day of the event, find it on Google maps and print it out, or use your GPS on your phone, or maybe even take a taxi and be dropped off right at the door so you don't have to stress about finding the place or parking but the point is, you don't agonize about it for the whole week before worrying what you're going to do. You also only handle one situation at a time.

It's when we try to do all of them at once that it becomes too much to deal with. When we overthink beforehand, we also add on a lot of tasks that we'll probably never need to deal with as we start to imagine the absolute worst that might happen. 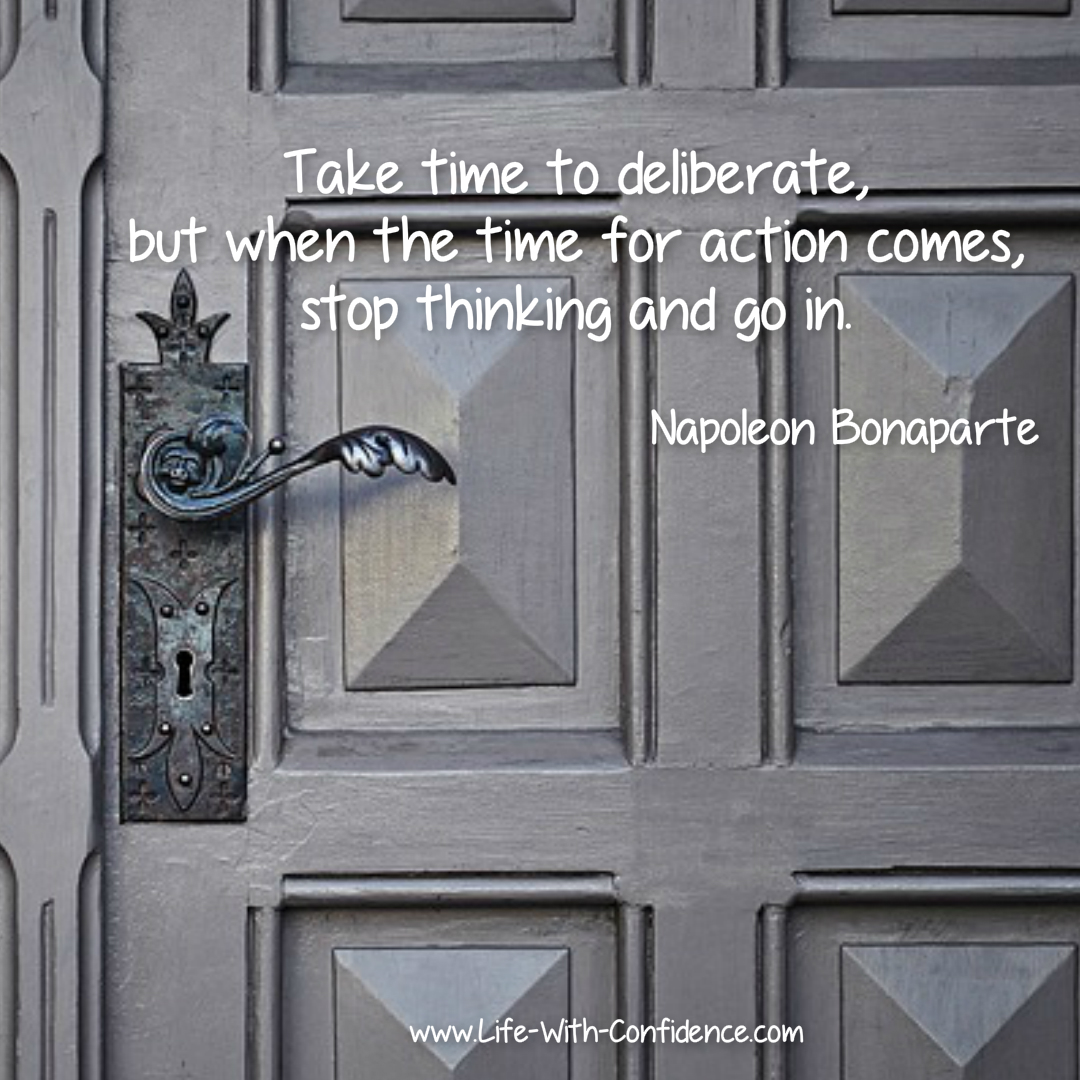 Other Areas to "Just Do"

This technique works great for a lot of different areas too.

For example, feel overwhelmed with your "To Do" list? Well, if there are any tasks that have to be done on a regular basis, take them off your list and "Just Do" them. I do this for laundry now. If I put laundry on my "To Do" list, it'll become overwhelming to me because it's one of those things I do and then it almost instantly has to be put back on the list because it's time to do it again. So, now instead of taking the time to put it on my list, I know I need to "Just Do" it which means that whenever I see that laundry needs to be done, I throw a load in. I don't overthink it anymore and I've avoided overwhelming myself with a "To Do" list that has too many items on it.

Same with working on a project or other job around the house. I don't think about whether I'm tired or if I'd rather do something else, I "Just Do" it.

Think of it as being like this Lichtenberg quote, "Nothing is more conducive to peace of mind than not having an opinion at all." I don't think this is what Lichtenberg meant when he said the quote but it is far more peaceful to your state of mind when you don't allow yourself to have an opinion about upcoming tasks or events. Instead of thinking about them in any depth, they're just tasks or events you're going to do. You don't worry about whether the upcoming family get together will be tense or awkward or whether you'll have a hard time finding a parking spot at the concert you're planning to attend, you "Just Do". 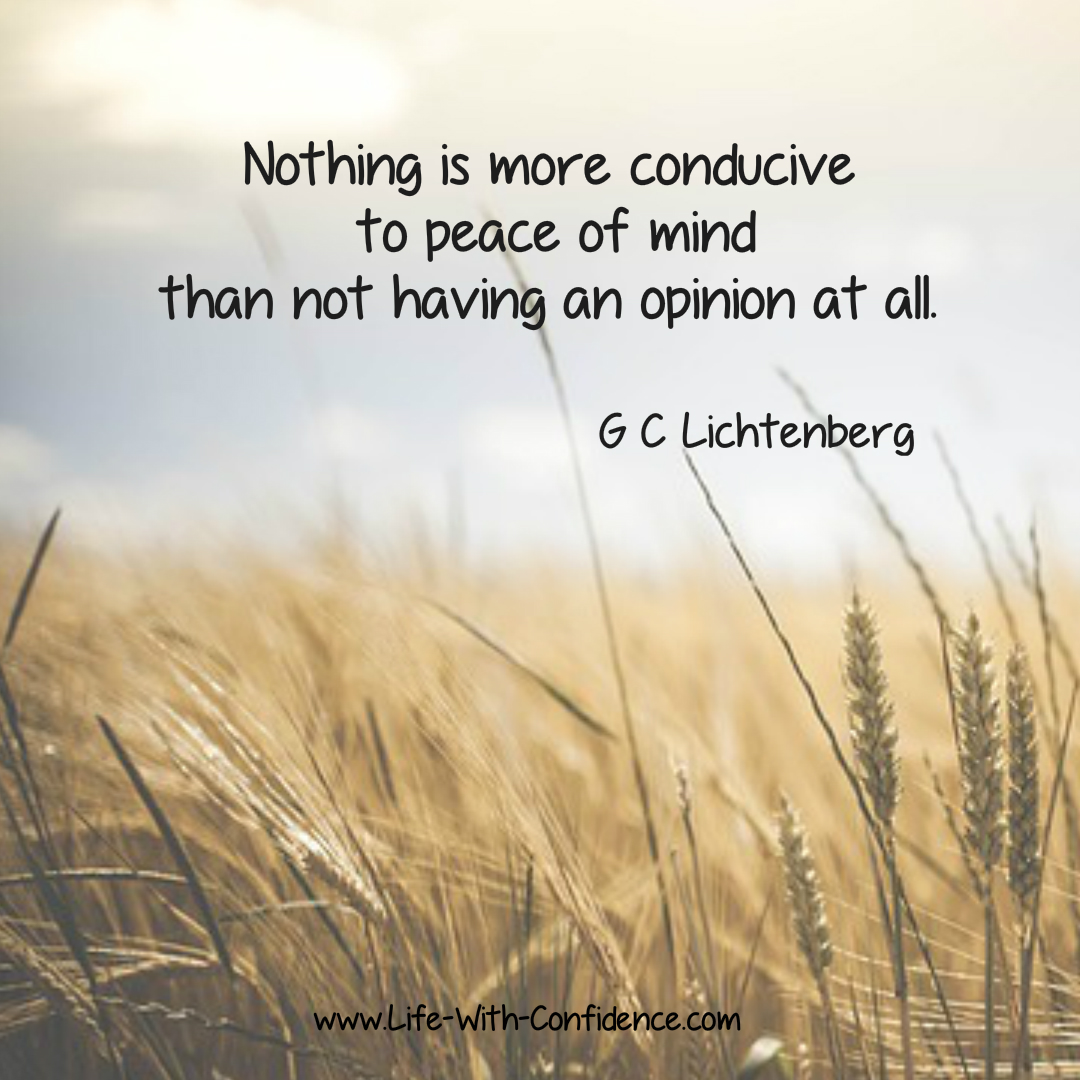 And, if you're an overthinker, this really is a huge weight off your shoulders. It's the overthinking that bogs you down and gets you into procrastination mode or dreading upcoming events or even turning down events because you've got yourself so worked up imagining all the obstacles about doing it.

Sounds way too simplistic to work, I know, but if you're an overthinker like me, this is a game changer.

And as Bethany Brookbank says, "The sharpest minds often ruin their lives by overthinking the next step, while the dull win the race with eyes closed."

So, give it a try. You'll be amazed at how much calmer you feel about things because you don't drive yourself crazy overthinking. "Just Do". 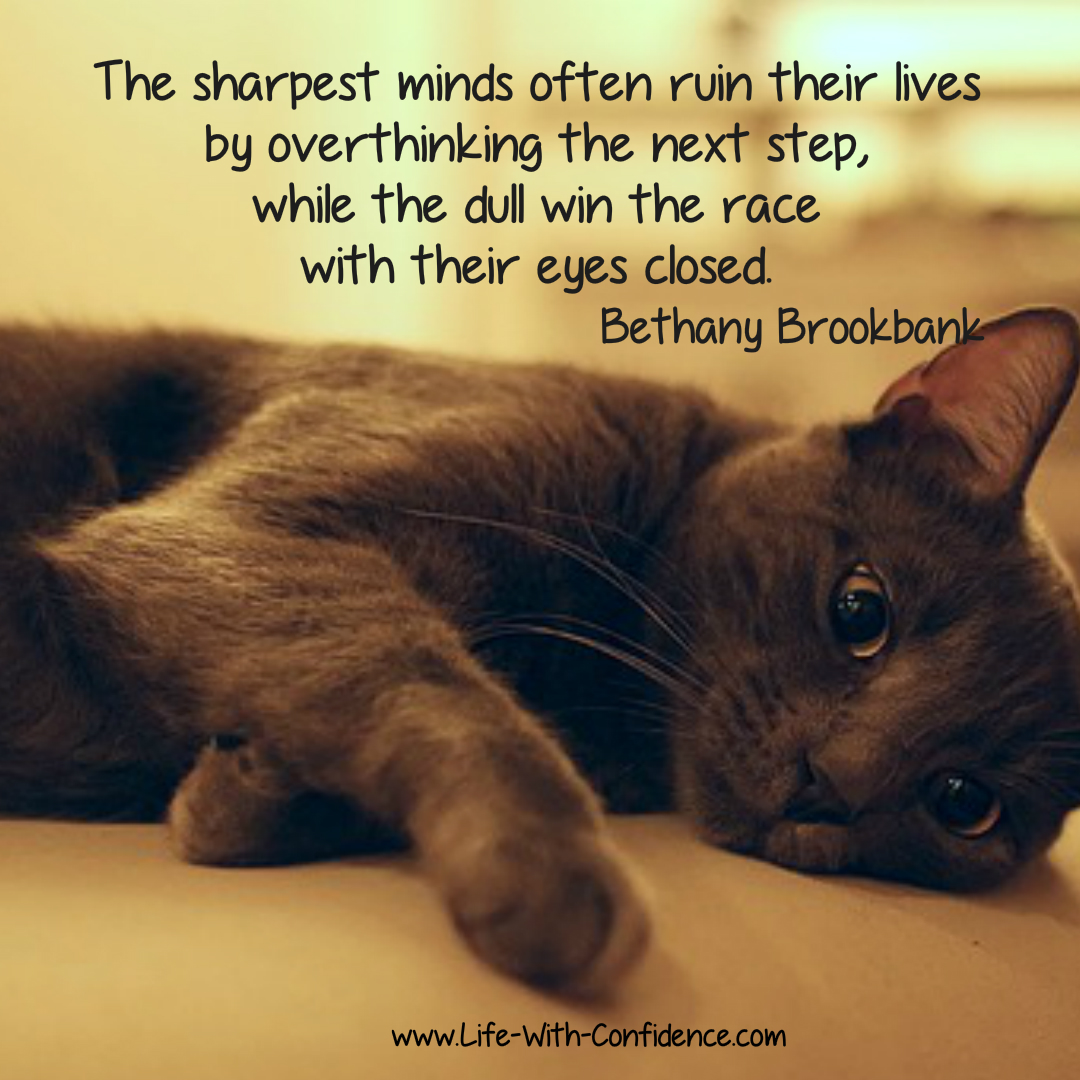 Additional Resources to Help "Just Do"

A great technique to deal with anxiety is something called The Weekes Method which is basically allowing yourself to fully feel your emotions instead of trying to control them or stuff them down. It sounds scary the thought of allowing yourself to fully feel an emotion because you won't be in control but it's actually the fastest way to deal with emotions like fear or anxiety or even anger.

This technique works amazingly well for most emotions. You allow yourself to fully feel your emotion and it runs its course through your body quite quickly so you can get back to thinking clearly about what you need to do.

You can read full details on this method here, "The Weekes Method".

So, using the Weekes Method along with planning to "Just Do" will make your life far more peaceful and you'll actually do a lot more and enjoy your activities so much more because you haven't overthought everything.

<-- Back To All Articles

Feeling Overwhelmed? - You can help avoid overwhelm before it even happens by using this strategy.