If you find that you can't let go of a situation because you're replaying it over and over in your head, try the following technique. I call it my Awareness and Acknowledgement Technique.

To explain how this works, let's use the example of you forget to attend a meeting and people are annoyed with you. It's now days later and you still can't let it go. You've re-run it in your head dozens of times with different scenarios. In some scenarios, you might have yelled back, or you may have come up with different explanations of why you forgot the meeting or even how you didn't really forget at all (you tell yourself that you didn't think you were meant to attend for example). But, you keep thinking about it. You just can't let it go.

The first step to deal with this situation is to become aware of what's really going on with your thoughts. You do this by simply asking yourself "What are you thinking about?" You want to be able to see what your thoughts are trying to achieve.

Do you see what all these thoughts are trying to do? Your brain is trying to fix something. You're coming up with explanations as to why it's not your fault. You're also trying to create a story which will justify how you didn’t really do anything wrong.

You won't be able to let go until you’ve come up with an explanation that's acceptable to you as to why you didn't do something or why you didn't handle a situation as well as you know you could.

The problem with this is that there's no resolution. You can't change the past. So, you'll end up replaying the event over and over and also continue to have that sick feeling in your stomach. It'll bother you for quite some time and you'll completely wear yourself out continually replaying the situation.

But, there is a solution to this and that leads us to Step 2 Acknowledgment.

Once you realize you're trying to justify your behaviour, then the second step is "Acknowledgment". This is the absolute quickest way to free yourself from the anxiety looping. All you have to do is acknowledge what you’ve done and that you could have handled the situation better.

All you have to do is acknowledge that yes, sometimes you forget things. Or whatever "bad behaviour" you've done. The bad behaviour is whatever you think you probably shouldn't have done or that you could have done better. 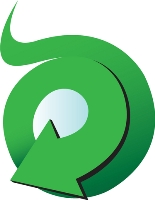 The interesting thing about anxiety looping like this is that it usually happens when you do something which you normally see as "bad" when others do it. For example, you might have previously said something like, "I would never treat someone with so little respect by just not showing up." That's one of the reasons your brain will be trying so hard to deny that it's done the very behaviour you normally disapprove of.

For this technique to work, you have to be honest with yourself and make sure you're acknowledging the behaviours that truly bother you that you've done. Whether that's being rude or inconsiderate or careless, it's whatever behaviour you don't like to think you normally do.

You also need to choose not to do it again in the future. So, if you were disorganized and didn't keep track of your meetings, then you need to organize yourself somehow so you don't miss any more in the future. You think of actions you could take so you don't react that way again. Being able to take action will also help release you from the replaying of the event over and over in your head.

Then, you'll find that this very simple act of acknowledgment will free you from the anxiety looping. Instant peace. It's the most amazing thing. In fact, you'll probably discover that you now almost completely forget about the entire incident. Previously, you wouldn't have been able to let it go and would have kept replaying it over and over in your head trying to justify it and make sense of it. When all you have to do is simply acknowledge it.

It sounds almost too simple to be true but it does work. The trick is acknowledging that behaviour you would normally deny in yourself. So, if you're someone who usually says things like, "I would never treat someone like that" or "It's so upsetting when others don't show me respect. I always treat everyone else with respect." Pay attention to the words, "always" and "never". Most likely if you really think about it, you'll find that there are times when you do exactly the behaviour you so dislike in others. Acknowledge it when it happens and you'll be freed from your mental anguish.

What Will Happen Afterwards

Acceptance of your behavior works so well because you've gained an awareness that it's not possible to completely eliminate all "negative" behavior. You can be aware of it and strive to do your best in all situations but it's not always possible to be perfect.

The acknowledgment and acceptance of yourself will allow you to let go of the charged emotional aspect of the situation. You'll remember the lesson and be a better person for it but you've let the negative emotions surrounding it go. You don't need them anymore. You've learned what you needed to learn.

With this acknowledgment also comes the fact that you most likely won't forget again. You'll change your actions so that you don’t miss another meeting. It'll happen without you even really being aware of it.

The one other valuable thing that will occur from following this technique is that you'll gain a deeper awareness of yourself and why you act and react the way you do. If you have a greater understanding of yourself then this frees you up to choose your actions in the future instead of reacting on automatic pilot.

Another really interesting thing that will happen is that you'll now be much more tolerant of others who happen to forget or are late. It can only happen though if you acknowledge it and see that it's okay. It happens sometimes. This doesn't mean that it's okay to always forget everything you're supposed to attend. Doesn't mean that at all. It means you don't have to continue to beat yourself up for having done something that in your eyes is considered "wrong". And, in this case, the beating up of yourself happens in the format of justifying to yourself over and over why you didn't do anything wrong.

This technique can be used on any number of situations. From being inconsiderate to others to gossiping when you know you shouldn't to not respecting other people or even when you're angry at what someone has done to you. You know you're basically a good person but sometimes you don't handle situations as well as you know you could. You've learned from this situation and you'll be better prepared for the next time something similar happens.

The key to this one is to notice when you start replaying an event over and over in your head. Then you can go through the two steps:

2. Acknowledge the behaviour
You're only human and sometimes you're going to exhibit the behavior that you don't like in yourself or others and there's also going to be times that you know you can do better than what you just did.

Congratulations, you've just let go of something that was driving you completely crazy

Empower Yourself Even More 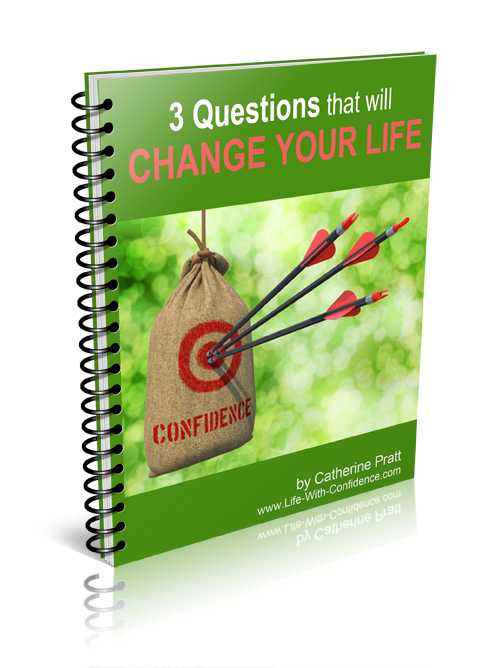 Learning how to take control of negative situations and turn them to your advantage is just one way to master your thoughts. With "3 Questions That Will Change Your Life" you’ll discover quick yet dramatic changes you can make to your life simply by choosing how you look at the events that occur in your life.
ebook 70 pages.

Back to All Articles