"Why Am I So Angry?" Example 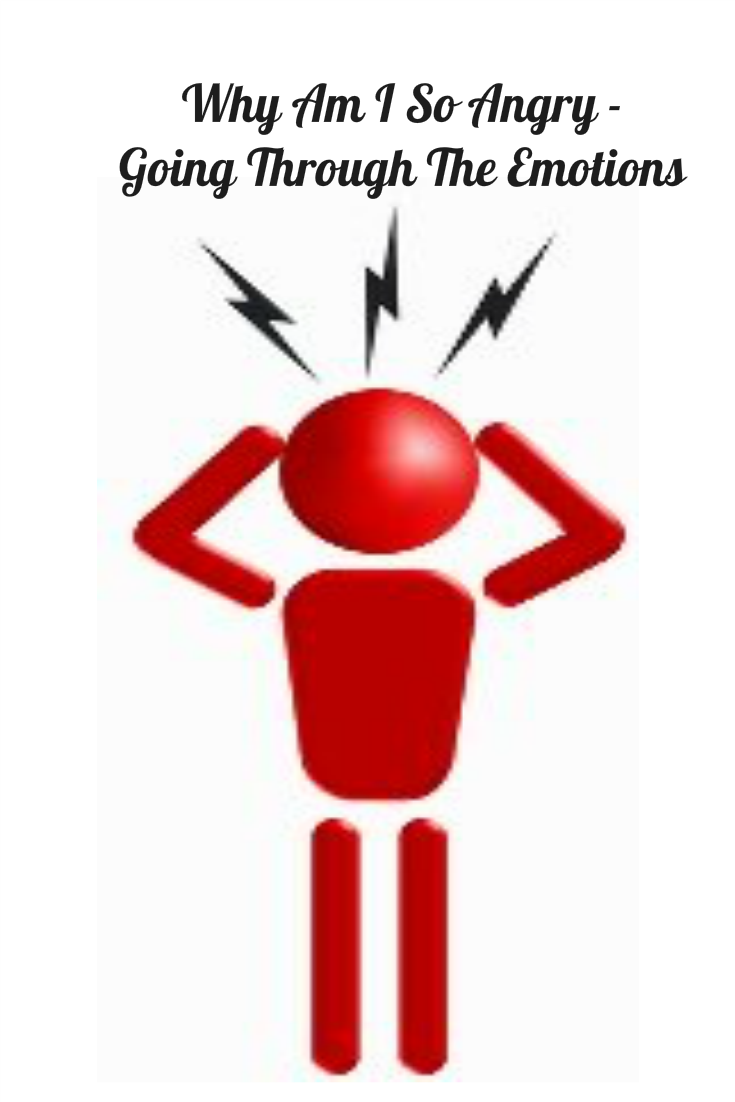 Now that you’ve had a chance to see just some of the emotions that might be happening behind your anger in the article, "Why Am I So Angry - 11 Possible Reasons", I thought it might be helpful to take a look at an example to show you how easy it is for multiple emotions to be happening all at once.

Let's Use A Simple Example to Illustrate the Possible Emotions

Let's imagine that you've been finding lately that you've been feeling uncontrollable anger all the time. If feels like everything is annoying you lately. Everyone from your co-workers, your friends, to other drivers on the road, to even your own family. You just feel out of sorts and angry and irritated with every one and every thing.

So, the first step is to take a step back and ask yourself, “What am I feeling right now?" Actually identify the emotion you’re feeling. The reason for doing this is because it takes your brain to a different level. It breaks you free from being overwhelmed by the emotion so that you can become like a witness to what you’re feeling and gain some insight into what’s really happening behind the scenes.

So, you identify that you’re feeling angry. Excellent. The next step is to ask, “What else am I feeling besides anger? You want to figure out what emotion is happening behind the anger. 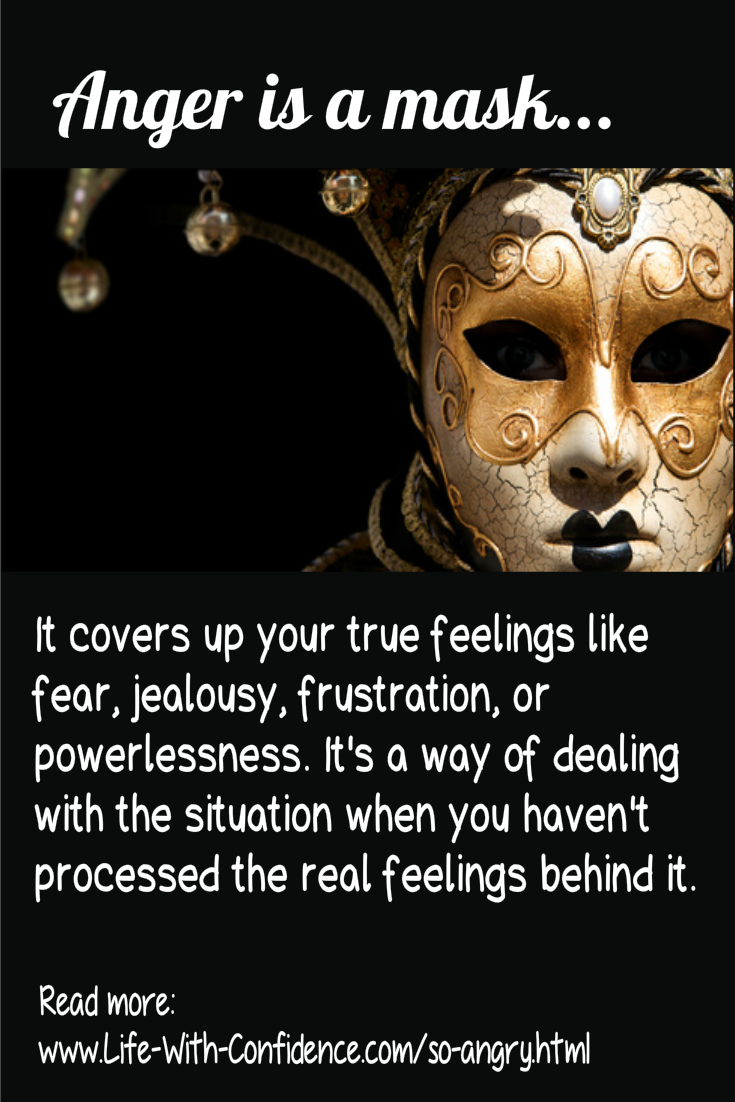 Remember that anger rarely occurs on its own. It's usually a mask for other emotions. The reason for going through this exercise is that if you can see the emotions happening behind your anger then you can take action to deal with the real cause behind your anger. You gain control over your life again and don’t get stuck feeling angry and irritated all the time.

Once you become aware of the true emotions behind your anger and also acknowledge those emotions then the anger loses its power over you. It’s very important to acknowledge the real feelings happening behind the anger. The anger is trying to tell you something and once you listen, you're able to process the situation and start moving towards processing and healing.

Back To The Example

So, back to the example. You’ve been feeling irritated a lot lately and you wonder if it’s due to having so many problems with your internet lately. It’s slow, you don’t know why it’s not working properly, and you’ve just got a notification that the price is going up, again. It’s irritating you, it’s frustrating you, and maybe this is the reason why you’ve been so angry at everything lately. Maybe it's the strangling vine theory happening. But, as you look into whether this is the real source of your anger or not, you realize that there’s much more to it than just a slow internet connection.

As you go through the list of possible emotions behind anger from the So Angry - 11 Possible Reasons article, you realize that you’ve been feeling angry due to "What If… ?" worrying and the worrying has been causing the following to happen:

1.      You’ve been projecting future problems and have been worried about the possible consequences. You’ve been thinking that you’re going to have to pay more for a better internet provider but you don’t have the money for that, or that it’s never going to be fixed and you’ll be stuck with slow internet forever, or you’re going to have to always go down to the local coffee shop and use the internet there where someone will hack into your account and ruin your life. (imaginations can truly go wild if you don’t reign them in)

2.      You've been allowing your mind to run free which is a form of catastrophizing. You're more caught up in what "might" happen than focusing on the actual problem in front of you.

Read the full article, "An Easier Way To Handle Stress" to get a handle on "What if...?" worrying. 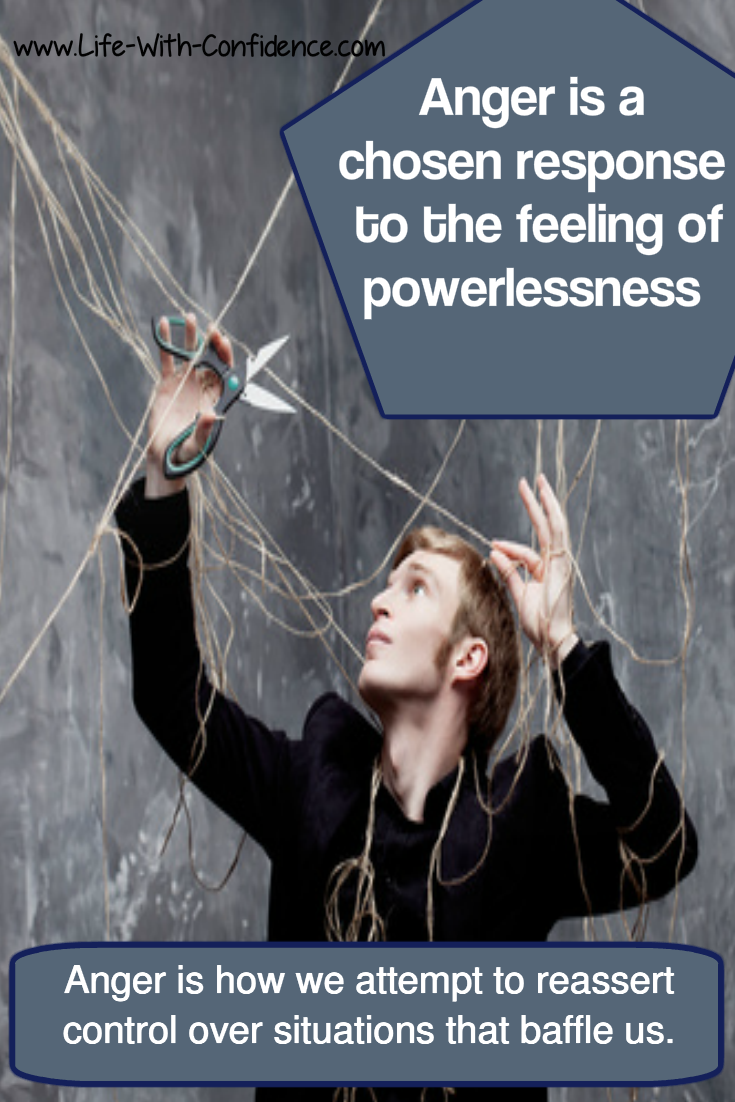 Also, dealing with the slow internet connection makes you feel powerless. Someone else is in control. You don’t seem to be able to solve the problem yourself and no one seems to be able to help you. So, feeling powerless can lead to your feelings of anger.

Once you realize you’ve been doing this, the solution can be as simple as getting yourself to focus on what you want and then focus on the solutions. You take away the fear by letting go of all the fear thoughts so you can instead come up with action steps you can take. It also makes you realize there are things you can do to solve the problem. You're not stuck just feeling angry.

After you’ve tamed your "What If…?" worrying, you then may remember other times when you felt this angry and frustrated all the time. Maybe when you were a teenager and you couldn’t find your books or your parents insisted that you eat dinner at the dinner table instead of watching your favorite tv show. You might have taken your anger out on your parents.

Or maybe you remember a time when your sister betrayed you and your parents took her side. You still haven't completely processed the situation and it still bothers you to this day.

If you took your anger out on your parents or any other family member, it might make you feel guilty that you used to take your anger out them because you blamed them for all your problems. You weren’t mature enough at the time to take responsibility for your own actions. It was also a time when you were trying to push the boundaries and see how far you could go. In one sense, it was also a form of manipulation and experimenting with what you could get others to do for you.

Now that you've grown up though, you'll see that it's far more powerful to take responsiblility for your own problems and come up with your own solutions.

So, now you may be dealing with feeling guilty for what happened in the past, it might also remind you and make you feel guilty for what’s happening to your parents or other family members right now.

Maybe they’re having a tough time with illness or you know they’re lonely because they live on their own or maybe you’ve just had to put them in an assisted living facility or maybe they’re developing dementia.

You could be feeling a lot of guilt about the situation and not being able to do as much as you'd like to help them and you may discover this might be the real reason behind your recent feelings of constant anger.

After you’ve seen this, you may also realize you’ve been acting angrily towards your spouse because you want them to fix the internet problems. You don’t see why you have to do everything. You resent that you have to deal with these things that you don’t know how to solve. It feels overwhelming having to deal with these things and you wish someone else would just take care of it all for you.

If you notice, this is again triggering the sense of feeling powerless and like there's nothing you can do. You also feel frustrated because you don't know what to do. So, you just want someone else to take care of it for you. There's also a hint of catastrophising that you think if you have to do it then it's never going to be fixed and then the whole "what if?" worrying starts again.

Once you go through this awareness, you may then realize that some of your anger is linked to jealousy. You think other people have 'perfect' families and home lives and seemingly limitless money for gadgets and material possessions while you’re trying to reconnect wires that make no sense to you just to get any kind of wifi signal. They also have family members who know everything about computers and they don't have to deal with all this complicated stuff. It doesn’t seem fair. Why do you have to deal with these things and other people don't?

After you've processed your feelings of jealousy, you realize that you've also been feeling jealous of people with great health.

You've been having a lot of pain in your back lately and none of the doctors seem to know why.

So, you wish you could be healthy like everyone else. Plus, you may be worried that it's a sign that you have something much worse happening like cancer or some other deadly disease (catastrophizing again) but also if you don't have your health, you don't feel well and that can make you feel cranky.

Also, it's very upsetting that no one seems to be able to help you. You're having to wait for appointments and you just want the pain gone now.

So, you're back to feeling powerless to heal your own body as well as frustrated and scared that no one seems to be willing to help you.

I could go on but I think that's probably enough for this example. I'm sure by now you can see how many emotions can be wrapped up in being angry at something as simple as a slow internet connection.

I hope you can now also see how valuable it is to go through the process of identifying the emotions so you can process what's really been bothering you. It's understanding why you're reacting the way you are that's so powerful.

So, the next time you feel angry, ask yourself what are the other emotions you're feeling besides anger.

You may find this simple exercise is completely life changing for you.

About the Author:
Catherine Pratt created Life With Confidence and she's a passionate explorer about confidence and valuing one's self.

For more detailed info, please see the About Me page.

What a different world it would be if we all felt confident enough to allow our true spirits to shine bright.

Why Am I So Angry?

The article that preceded this one. Why am I so angry all the time. 11 possible reasons behind your anger. 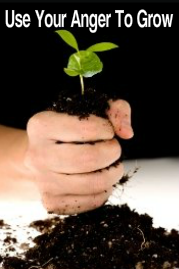 Self Growth Through Anger
Anger can be a valuable tool if you know how to use it. Here are two easy steps you can take to use your anger for growth.

Feel Angry All The Time

A comment posted to my site said the only option for feeling angry all the time was to take drugs and be on a nut farm. I disagreed and posted another 9 reasons why you might be feeling angry. 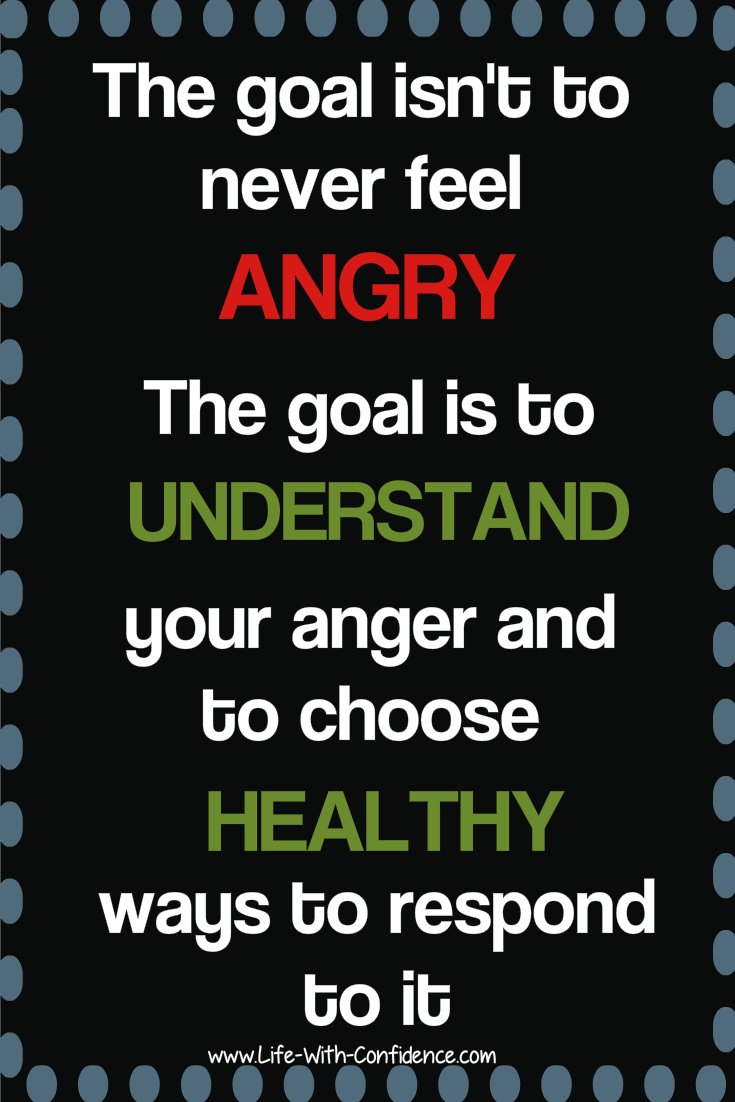 It's Okay To Be Angry
With all the "Be Positive" messages out there, it can feel wrong to get angry, but it's not only okay to feel anger, it's healthy. Here are 9 reasons why it's important to allow yourself to feel angry.